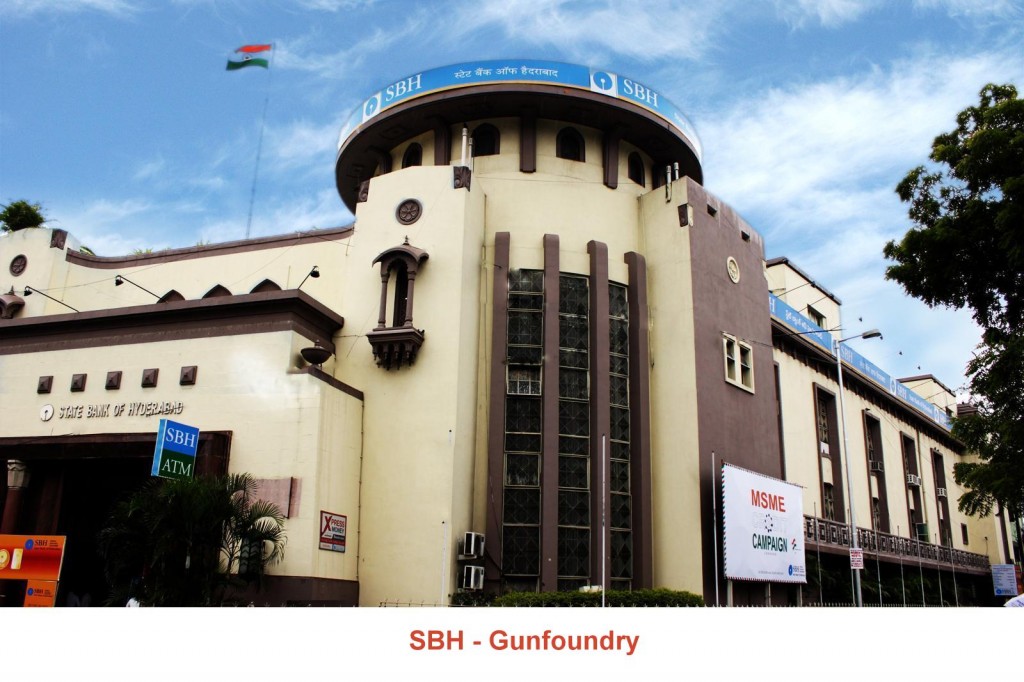 State Bank of Hyderabad’s Gunfoundry branch, originally started on April 5, 1942 as a central bank in the erstwhile princely State of the Nizam of Hyderabad and on October 22, 1956, became a fully owned subsidiary of Reserve Bank of India under its present name. Subsequently, on October 1, 1959, it became a wholly owned subsidiary of the State Bank of India.

With 965 branches and 400 ATMs it is said to be the largest associate bank of the SBI. It offers value-added services like `Any Branch Banking’ and Internet banking.

← AP Stands First in the Country for Generating More Than 1 Crore Aadhar Cards in 1 Year
Hyderabad-India-Online.com Increases Visitors By 300% →