The Associated Chambers of Commerce and Industry of India recently released a report stating that barely 4.5% of India’s electronic waste (e-waste) gets recycled because of shortage of proper infrastructure, legislative-framework for disposing off electronic gadgets that have reached the dead-end.

On the World Environment Day, it released a report saying, while growing at a compounded annual growth rate of about 20 percent annually, India is also producing 4,44,000 tonnes of e- waste every year. And half of wastes which contain unused and end of life electronic products lie ideally in landfills and junkyards, and ware houses. 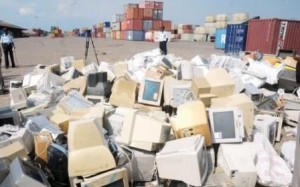 Officials from ASSOCHAM also noticed that 90% of the e–waste generated is managed by the unorganized sector, where the scrap dealers dismantle the disposed products instead of recycling them. As most of the discarded products can be recycled, refurbished, redeployed and can be reused by a bit of reconstruction process, we can reduce the overall impact on the environment by re using those products.

The officials also suggest that used computers and discarded consumer durables should be collected and donated to the schools and orphanages run by non-profit organizations and other agencies involved in social cause through refurbishment as this would also increase life span of useful e-devices which have reportedly reached their end of life.