As per the Supreme Court, the side glasses should have 50% visual light transmission (VLT) with 50% tint and the rear and front glasses 70% VLT with 30% tint.

Operation Black Film
A special awareness programme ‘Operation Black Film’ has been taken up by the city police to educate motorists about Supreme Court’s judgement on banning the use of dark film tints. The traffic police is also distributing pamphlets to motorists. 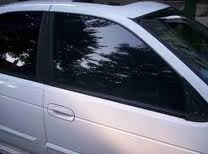 Many motorist who have retained the dark film tints and to avoid being caught by the police are rolling down their wind shields at traffic junctions. But, the policemen are cleverer. The policemen are stopping and checking vehicles whose window glasses are rolled down to see if the dark tints are removed.

Fine increased
Last week, vehicles with dark film tinted wind shield were penalised Rs.100, but now the penalty amount has gone up to Rs.500. The penalty has increased for not taking the law seriously and avoiding removing dark tints on their vehicles. It is also learnt that Rs.1,000 will be penalised on vehicles that cost more than Rs.50 lakh.

The car decor shops in the city are taking full advantage of this situation and are charging motorists anywhere between Rs. 500 to Rs. 600, though the city police has asked the shop owners to collect a maximum amount of Rs. 100 to remove the black films.

Source: The Times of India

1 comment for “Vehicles with Dark Tinted Glasses to be Penalised”