Recently, Hyderabad’s Rajiv Gandhi International Cricket Stadium at Uppal, witnessed a record number of viewers – more than 30,000 for the India versus Australia test match. People were desperately waiting for a serious match to happen in city, because, it has been long since the city witnessed any such match.

Tickets were booked in advance, people planned for the event and made sure they were on or before time to watch cricket from the start. This really shows that the city is filled with cricket enthusiasts and are hungry for good cricket matches to be held in Hyderabad. 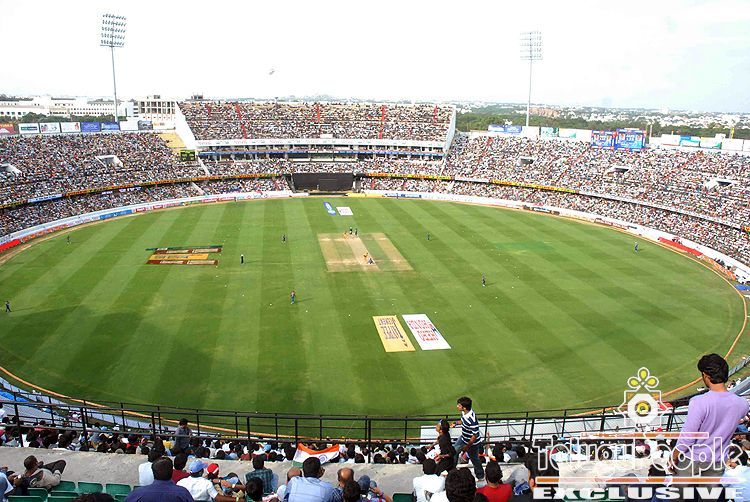 People who couldn’t make it to the stadium, got glued to the television and were excited about the match. Though the city has cricket enthusiasts in abundance, why it is that the city is being neglected when it comes to International Cricket being held at Hyderabad?

It is not that the city lacks an international standard cricket stadium, the city has one to its credit – the Rajiv Gandhi International Cricket Stadium or Uppal stadium. Look into statistics, from the past 10 years Hyderabad has hosted only 10 matches (4-Tests and 6-ODIs). Cities like Delhi, Mumbai, Chennai, Kolkata and Bangalore, on an average had 20 matches in the same period.

Tests, ODIs, T-20s – Hyderabad is neglected in all three formats of the game. 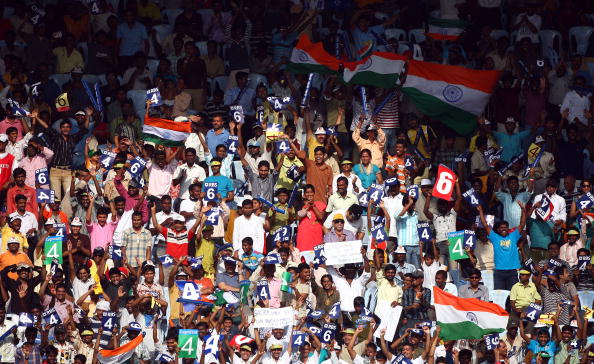 Cricket fans at India vs. Aus test match in Uppal

When compared to other metropolitan cities, Hyderabad till date has hosted a very few international cricket matches. When it comes to matches held, Hyderabad is almost equivalent to Cuttack, Rajkot, Vadodara and Guwahathi. Even towns like Visakhapatnam hosted four ODIs. However, the number of people who come up to see matches in those places is very small. Then why host somewhere, where there are a less number of audiences, and not in Hyderabad?

The big question is, why Hyderabad is left behind and ignored when it comes to host international cricket. It is high time that BCCI (Board of Control for Cricket in India) opens its eyes and instead of opting for the same old venues, put matches in Hyderabad and see the response.