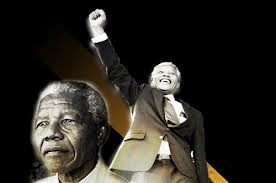 Nelson Mandela, one of the greatest and respected leaders, has left this world forever. This article highlights why Nelson Mandela became a legend and one of the toughest men to fight for the civic rights and equality for the underprivileged. It is worth to remember this great man’s achievements, who passed away on 05, December 2013.

What makes Nelson Mandela a legend?
Nelson Mandela is known for political wisdom, far sightedness, tolerance, courage, integrity and for sacrificing self-centredness even at the time of extreme distress. All these attributes make him a legend in the modern world.

Sacrifice
Nelson Mandela spent almost his entire adult life in jail. He spent all his youthful years in prison sacrificing the pleasures of an affluent citizen – he was raised by a tribal king and could have led a life of comfort but chose to adopt a mission.

Nelson’s father helped a king to ascend throne but died when Nelson was nine. So, he was adopted by the tribal king and got the privilege of royalty. But Nelson chose to go on a noble mission of fighting the suffering of all.

Nelson was charged with armed rebellion, disloyalty to his country and sabotage (knowingly destroying property, etc.) against ruling government, and was sentenced to life imprisonment on 12 June 1964.

Nelson spent 27 years in prison including solitary confinement for about a week. He was permitted to see only one visitor in a year for half an hour and was allowed to writing one letter every six months. He was not allowed to see his kids – to use that deprivation as a tool to get him to compromise on his goals. He could not even attend the funeral of his son in 1969. For this reason Nelson has chosen to spend his post presidential years with his grandchildren. He must have really missed this in life. He has avoided celebrities of all kinds after retirement to ensure that he spends more time with his grandchildren.

Ability to take tough decisions
When he was doing law, he met people with different thinking on social issues, mostly on racism and discrimination. This made him to take part in politics. Nelson Mandela became one of the leaders of African National Congress (ANC) in 1952. ANC consisted of different groups such as white, coloured and Indians. ANC tried to cause favourable political changes in the country, so that everyone, irrespective of race could have equal rights and opportunities. 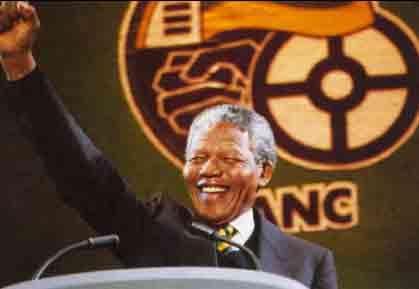 Nelson Mandela fought against the policy of apartheid in non-violent way. He organized protests without taking up violence up to late 1950s. But it did not work out. The government pursued a policy of ruthless violence. To fight this, Nelson Mandela organized and led the armed wing of ANC in 1961. He was arrested later.

He argued in the court of law that he was right to use violence as the last method to get things done. He emphasised the point that how ANC managed to solve apartheid issue with non-violence. But, the government followed a policy of violence against black people, particularly the Sharpeville Massacre.

The Sharpeville (in Transvaal) Massacre (1961) resulted in death of 69 black people who were in anti-apartheid protests. They were killed by police. Government banned ANC and declared a state of emergency.

These events made Nelson feel that non-violence method of protesting was not effective because even though after many years of protest, it failed to influence the white government to take any good measures. Therefore, Nelson Mandela and his friends were forced to take radical steps of armed struggle. This was a tough decision he took to abandon the policy of non-violence.

Great courage
Nelson Mandela displayed remarkable moral, courage and uprightness by admitting having committed sabotage and denied the charges of being disloyal to one’s country, which he did not commit.

Another instance is, Nelson was asked by the warden of the prison at Robben Island, where he was imprisoned, to do certain physical activities. But Nelson refused to comply. Nelson admitted this at trial when asked by judge.

In this context, we feel it appropriate to mention one of his quotes here from a letter to General Du Preez, Commissioner of Prisons, written on Robben Island, Cape Town, South Africa, 12 July 1976: “I have never regarded any man as my superior, either in my life outside or inside prison.” (Source: From Nelson Mandela By Himself: The Authorised Book of Quotations)

This shows Nelson Mandela’s integrity and the courage to admit the fault. (The Truth and Reconciliation Commission was formed by government in South Africa to look into the events of violence and abuse that happened during apartheid.) 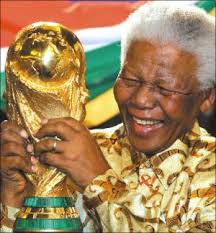 A man with great achievements
Nelson lived a life that is worth imitating. He never lost hope in values he believed in. He was able to consistently pursue the goals for the betterment of everyone despite obstacles. Nelson Mandela had a vision to serve the people of his country with a true spirit to cultivate values such as democracy and freedom, equal treatment with no domination. Today, he sees a society where all people live together in harmony. That’s a great achievement!

Post-apartheid encouraged peaceful reconciliation with Whites
In general, political reconciliation results in division of the countries based on language factors, etc. You can find many examples in history. Nelson has clearly proved that reconciliation does not lead to partition of countries.

Nelson wanted reconciliation between the two sides. Thus, he wanted that the two sides come to an understanding to live together without any domination. Whites and blacks live without involving in any dispute. This was possible because of Nelson’s method of reconciliation.

In the years after close of apartheid, Nelson was in touch with the whites. He used to attend rugby matches though he did not know how to play. Rugby is a popular sport among whites. Nelson attended the rugby World Cup 1995 tournament.

Awards and honours
To recognise his achievement, Nelson Mandela was given more than 250 awards. The foremost is the Noble Peace Prize, 1993, which he shared with FW de Klerk. Klerk was president of South Africa then.

Nelson Mandela’s method of reconciliation between the groups is widely acclaimed across world and some countries have adopted the method to settle such issues. The United Nations declared July 18th (Nelson’s Birthday) as Nelson Mandela International Day.

Happy retirement
Nelson voluntarily and comfortably retired. He warned people who think of inviting him for any meet or event, “Don’t call me, I’ll call you”. This is really good in these days when people once out of politics tend to pursue other selfish goals.

In this age, when one achieves a little, one appears in numerous television channels, cover-pages of popular newspapers, and many more. Contrast to this, Nelson Mandela avoided media publicity, despite he did many good things to his people – he did not attend any important event since his retirement from politics in 2004.

Late Nelson’s life is a lesson to the political elite of this age, who are hungry for publicity; lack virtue, clarity of thought, integrity and courage. They hijack political agitation for private benefit, and make their personal interest more supreme than any other objective.

You may also like to read:
20 Year Anniversary: Nelson Mandela’s Release From Prison

What is your reaction after reading his story? Please share your views. We will be happy to publish