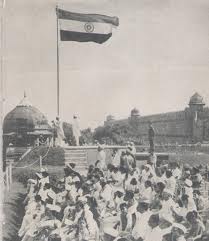 Republic Day
Republic Day is celebrated as constitution of India came into force on 26th January 1950 and India became republic.

All other ministers, high court chief justice and government officials will hoist national flags at their respective offices.

← Are You Aware of Your Fundamental Duties as a Citizen of India?
Indian Flag – Do’s & Don’ts →