Indian middleclass has good news to look out for and early next year can expect another great car brand the “Datsun”. Renault and Nissan realize the importance of having a low cost high volume selling product in order to be viable. Due to the modest incomes in India, volumes are possible only in lower priced cars.

Demand for Small Cars in India
There are about 10 brands that sell small cars and accounted for 75% of passenger car sales in 2012 according to SIAM (Society of India Automobile Manufacturers). So, Japanese brand Nissan, along with its French ally Renault had brought back Datsun as an affordable alternative for Indian middle classes, targeting first time car buyers and people who are switching to a new car from bike or used car.

Many automakers are introducing big and luxurious cars in India but it is not working out well, because, the number of premium customers in India is very less. 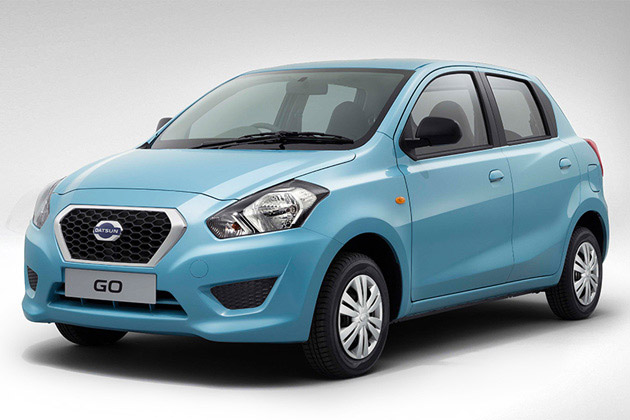 Datsun is Not a New Brand
For the people, who are hearing the name “Datsun” for the first time, it is not a new model or a new company. It was actually another automobile company that was established in 1914. It sold around 20 million cars in 190 countries before taken over by Nissan in 1934. Nissan had then stopped using the name Datsun since early 1980s. Datsun brand is known for its great technology and low cost.


Datsun GO is an Affordable Car
The exact price of the car is not mentioned yet, but the officials said that it will be under Rs. 4 lakh during the launch. Datsun GO is a small and compact car with 5 manual gears and physical dimensions 3785mmX1635mmX1485mm (LxWxH). It has 4 doors and 5 seating capacity. As of now, there is no clear official announcement about the diesel version. It will come in petrol version with 1198 cc, 1.2 litre, 3 cylindrical petrol engine with maximum power of 75 BHP and maximum torque of 104 Nm.

Datsun Go is Suitable for Urban Commuters
Datsun GO is best suitable for the urban people who commute more regularly within the city and rarely travel outside the city. Datsun GO is designed to be fuel efficient and has good acceleration to suit Indian roads and traffic in cities, where, they need to stop and move more frequently.

The dealer network of Nissan is also good in cities. This will be an added benefit to the city customers for purchases and services.

So, another car has been added to the list of cars that Indian middleclass could afford. Let’s wait and watch whether Nissan Datsun GO would make great impact on the Indian middle classes and would Nissan increase its market in India..??