The UPA government has made an announcement of the bifurcation of Andhra Pradesh on 30th July 2013. It has been said that Hyderabad will be the joint capital of both states (Telangana and Seemandhra) for 10 years. Seemandhra need to develop its own capital city during these 10 years. Since this announcement, many speculations and calculations about the new capital of seemandhra are in action.

There are many cities like Ongole, Vishakapatnam, Vijayawada-Guntur, Rajahmundry, Tirupati and Kurnool contesting to win the race of being a capital city. Let’s evaluate the pros and cons of each city. 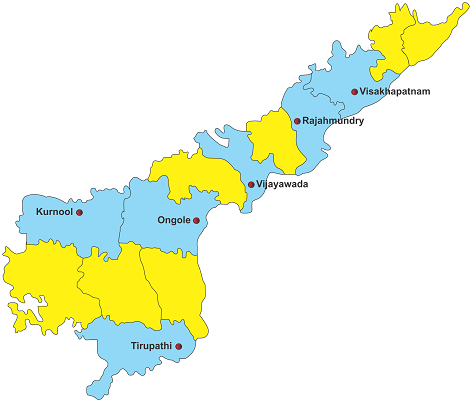 Ongole seems to have more chances

Vishakapatnam, being located at one corner of the state is the only concern

Vijayawada – Guntur, already being a commercial capital would be a benefit

Apart from these three major cities, there are also

It is not an easy for a city to become a capital city. By considering many factors like availability of government lands, ability to reach out and administer whole state, connectivity from different parts of the state, Ongole have fairly good chances of becoming a capital city.

11 comments for “What Will Be the New Capital For Seemandhra?”