India is a country of economic and fuel efficient cars. No top luxury car manufacturers in the world could beat economic and fuel efficient car market in India. Majority of Indian population is middleclass and with thin economy they prefer economic cars and with no good condition of roads in most of the parts in India they look for easy to maintain cars. Manufacturers who are targeting middleclass and producing economic cars in volumes in India are doing well. Below are the India auto industry market shares:

From the above data, ‘Toyota’, the most selling car brand in the world is in the fifth position in India. Second top car brand GM is not at all there in top ten brands in India and world’s top third Volkswagen is the ninth top brand in India with only 2.28% of market share. 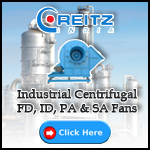 It is not that Indians like only small cars. If that is the case, then Tata Nano would be the most selling car and there would be no launching of Audi, Mercedes, BMW in India. The main thing is that Indian middleclass looks for a decent one that is not too small but economical in maintenance. However, car buyers in rural parts of India are very low and another major factor that urban buyers consider while buying a car is the service facilities. People would prefer the brand that has fairly good number of dealerships in the city. Following is the list to show car sales in a month of April, 2013.

This shows that Maruti with many models of economic cars is leading the Indian auto industry. Alto, Swift, Swift Dzire and Wagon R (all range from 4 to 6 lakhs) all from Maruti are most selling cars in India. Also, Maruti recently (August, 2013) launched another compact car “Stingray” ranging from Rs. 4.1 lakhs to Rs. 4.7 lakhs.

Luxury car market in India is still in beginning stage with manufacturers like Audi, Mercedes, BMW have launched in India and have a limited customer base. They sold only 30,000 units overall in 2012 according to Times of India.

So, in order to win in India, you need to focus on economic cars targeting Indian middleclass.