Today is Gandhi Jayanthi, the birthday of the Father of Nation, Mahatma Gandhi. We all know what Gandhi did for our nation and you may also know that he used Satyagraha as a philosophy for freedom struggle. Satyagraha was a set of principles and code of discipline designed and developed by Gandhi with a view that everyone who participated in Satyagraha should follow them.

Attaining Independence through non-violent means was Gandhi’s objective. In order to achieve it, he chose the noble path (Satyagraha). Now, you may think, ‘I am not going to participate in any freedom movement, why would I need to bother about the principles of Satyagraha today’.

These principles will be very helpful (even today) if you want to achieve something. I know you still have doubt somewhere. Let’s revisit the principles of Satyagraha to know how they help us in personal growth and development.

The principles of Satyagraha 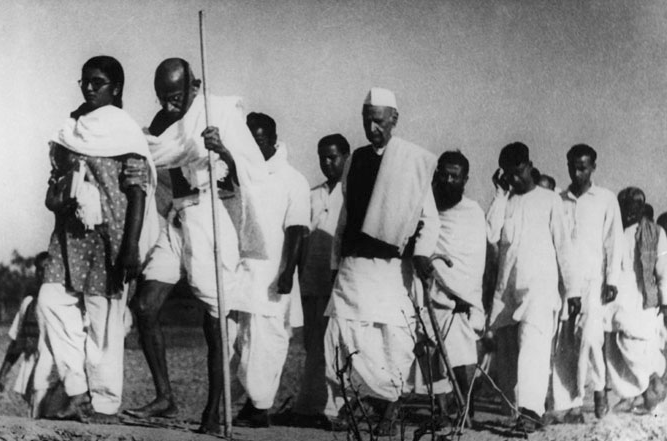 There are 11 principles of Satyagraha, out of which we will discuss nine here as the other two (Swadeshi and Freedom from untouchability) were applicable only to Gandhi’s period.

If you don’t do any physical harm (even to an ant) but if your mind has some cruel thoughts and if you talk in such a way that the other person gets hurt – you are committing violence.

Many people wrongly assume that non-violence is cowardliness. But in reality, it’s about being disciplined to avoid automatic response or aggression. By doing this you are able to control yourself, and then you can start using your energies in the right direction.


Truth is nothing but doing what is right. It could be through words, actions or thoughts. A truthful person will always be believed and trusted thus will be respected in every walk of the society. Personally, you will also feel good about yourself.

Chastity is also called as brahmacharya. Following chastity doesn’t mean not getting married. Its deeper meaning means control of senses in thought, word, and deed. When you have a control over your thought you can easily control the next which is your words and actions.


Not possessing anything doesn’t mean staying in poverty. Instead it means possessing only what is required. Gandhi himself was an example for this. Despite having a privileged background, he didn’t even have a home; we all know how he used to dress. He doesn’t want us to be like that. He felt that they were enough for him. Similarly, we should also know what we need and what we want. The less you possess, the less you want, the better you become.

Earn your bread through your hard work. Everyone is expected to do some physical labour or use their intellect in order to earn their living. Bread earned only through this becomes truthful.

7. Control of the palate

Gandhi said control of palate because taste is one of our five senses. It’s not easy to satisfy the sense of taste because there is not limit for the taste. The more we taste, the more we crave for. So, if you are able to control such uncontrollable sense you will be able to control unnecessary things.

This does not mean arrogance and aggressiveness. Fearlessness means having the mental strength and courage to accept and face the facts.

9. Equal respect for all religions

All religions are equal. No religion is higher than another. Each has its own special qualities. Taking good things from each religion helps you clear differences.

Every principle has a deep meaning. They are not as simple as they sound. It depends on how we understand them and follow them.