India has the largest film industry in the world with thousands of films produced annually. Of all the existing regional film industries in India, the south Indian Telugu film industry, popularly known as Tollywood, is like a cog in the wheel. Here in South India, we take pride in telling that ours is second largest industry in India. Of course, we are standing at the top, in terms of quantity of films, market capitalisation, and infrastructure, but not certainly on the basis of quality of films.

Looking back at its origin, the Telugu film industry started its journey in the year 1912 with a silent film. Clearly, it has been a stunning 100 years of existence with innumerable movies. But when it comes to the category of world renowned award films, the giant industry has a mere one film, ‘Swathi Muthyam’, which has been sent as India’s official entry to the Oscars, in the year 1986, but was eventually rejected for nomination. 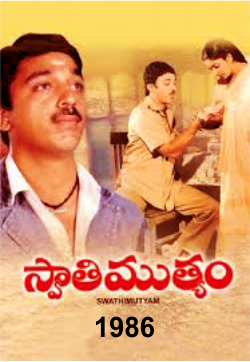 The first and last Oscar nomination

Ardent supporters of Telugu industry may come up with some reason to defend Tollywood’s poor performance in producing globally acclaimed movies, but how can we defend the poor show of Telugu films in our own country’s ‘National Film Awards’.

Since the inception of National film awards in 1954, no Telugu film has ever bagged an award in the best feature film category nor did any Telugu male lead actor received a single award in the best actor category. When we see these statistics it does hurt, especially when movies from smaller industries like Bengali and Malayalam are doing well at the National film awards. To add further substance to the criticism, the performance of Telugu movies for the last half a decade has stooped down to a further appalling position.

Although Tollywood claims of huge collections from USA, Japan, Europe for all its big budget movies, the underlying fact is that, it should be thankful to the Telugu population which is found all round the world and more so in these parts of the world.

There are a number of factors that affect the Telugu film industry, below is an attempt to list out some of them that are troubling the industry currently.


Commercialization
Commercialization of Telugu films is a distinctively south Indian form of mass entertainment. Commercial films are basically morality plays, where good triumphs over the evil, and the social order disrupted by the negative characters, will be restored by the power of goodness that is played by the lead role.

This is how the actual commercialization of Telugu movies concept started. With this proving to be a good success mantra, the path of the commercial movies has travelled a long way over the years. Most of the movies made today are similar to an extent, the generic story line of all the movies remain same. Adding to that, film-makers show interest in attracting the masses with heavy violence scenes, fast beat song sequences, and with the skin show of the lady leads in the movie. Sure, by sticking to the commercial formula helps the film makers make profits, but on the other hand, it is showing a solid impact on the quality of movie making.

Lack of stress on quality
Today, Telugu film making is almost dependent on the formula concept. Most of the films that are produced every year are based on the same monotonous tried and trusted formula. No one dares to try something new, create a film with good quality with out-of-the-box thinking. We can rarely find film-makers creating a quality film with unique, practical, and insightful concepts.

Although, few films came and proved that, if a film is produced with good quality and unique story line, it can become a huge success, our film industry doesn’t seem to come out of this commercialization shell so easily. Sticking to the same formula oriented movies with least focus on the quality of the overall standard of the movie may give the producers a sense of security in getting their money back, but it is damaging the reputation of our film industry. 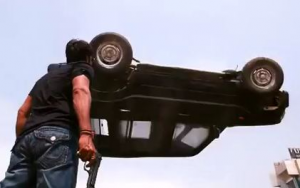 Stories far from reality
Yes, most of the Telugu movies which we find in the recent years are far from reality. Few things pictured in the movies are practically impossible, but still are prioritised in order to have that commercial element, to attract the masses. Especially the lead roles like the hero character and the negative leads will be portrayed as supreme powers in the movie. They can do anything they want, they become rich over-night, they stop the train with single hand, all the car doors will open at a shot. Less of substance more of effects. May be this impracticable element is what makes a film highly disqualified for the National awards.

If we look at the films which won National awards, most of the stories carry real life situations, problems which are affecting the current society, etc. For instance if we take 3 Idiots which won three National Awards for the year 2009, the movie confronts the prevailing academic situation. The story talks about the wrong mindsets of today’s younger generation running after percentages and degrees than knowledge and excellence, and also about their parents who are forcing their kids to take up education which the kids are not interested in. By picking up these two existing real life situations, and by presenting them in such a way it connect with the audience the movie makers did a splendid job to confront and change the mindsets of students as well as their parents.


Lack of audience who encourage good movies
Even before a movie takes its shape, the focus of a movie maker will be more on the huge masses of B,C centres, from where the same old commercialisation formula works out well, flooding them with huge profits. This is only because of the huge acceptance of commercial films by the audience. Unless and until, we stop accepting such kind of low quality movies, they cannot limit themselves from making such films. They don’t want to risk their returns by focusing on a good quality film, even though it earns National awards. Thus, the interests of the people also act as barriers for a good film making. This could also be the reason for most of the talents confining to short stories and documentaries.

Hereditary the biggest obstacle to new talent
India has a long history of being hereditary crazy nation. Your surname holds greater importance than your first. This can be seen very clearly in our political parties across the country. Same theory holds good for Tollywood. Although many sons of actors have proved their worth by delivering huge hits, it can be understood that this has blocked the way for a large proportion of new and exciting talent who lack sound background. This is also one of the factors that crumpled the Telugu film industry.

Take a leaf out of yesteryear great actors
There is most probably no debate in the point that the quality of acting has gone down considerably. There is no versatility in acting these days when compared to the yesteryear greats, who used to don the role they are playing with utmost dedication and passion. Tollywood has a history of great actors but an absence of a National award for a Telugu actor since 1978, indicates the lack of stress or the intent on the quality of acting.

One thing that can pull Tollywood out of the soup in which it is at present is “CHANGE”. It is high time for the Telugu film industry to focus is more on quality rather than quantity.

1 comment for “Movie, Movie Every Where, Not a Single Award for Tollywood”