Plight of public libraries in Hyderabad city
There are many reasons for the grave situation of libraries in Hyderabad city. Lack of funding and commitment from government and poor maintenance are considered as the primary reasons for the death of the libraries. The surviving ones however are in very pathetic conditions, without proper collection of books and in some cases not even proper bookshelves. Some won’t maintain even books catalog. Many books are being stolen due to negligence and improper maintenance of records. 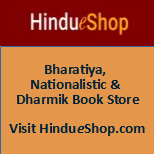 To understand the poor maintenance of the libraries in the city, consider the 50-year-old City Central Library at Ashok Nagar. It is very popular among the civil services aspirants who form the major part of the visitors. Many people visit the library every day, but not a single new book has been added in the past few years. Similar case with the State Central Library. We had the pride of having such a good library with a huge collection of books and literature. It was well maintained till past few years. If the situation of these iconic libraries is like this, it is better not to mention about the local libraries.

Public libraries in the U.S. provide services matching to today’s needs
When you compare the libraries in US counties, districts as in India, ours are much backward. Apart from books and magazines, public libraries in the U.S. lend DVDs, movies, music, there are special programs for kids, conference rooms are available, computer with free Internet is provided and they also conduct activities like free communication and other professional skills training, resume writing, competitions, etc., with the help of volunteers. It acts on additional local centre of learning in addition to schools and colleges.

This is a knowledge society, when we are clear that wine shops should not be close to a school or temple, then why not consider having libraries in every neighbourhood. Look at your neighbourhood, do you find a well maintained public library around your neighbourhood? The answer for sure is, NO.

8% library cess on Hyderabad property tax
Did you know that 8 percent of your property tax goes towards library cess, for maintenance and development of libraries. The library cess amounts to about Rs 40-45 crore. This is a huge amount to maintain public libraries, but there is no clarity on how and where the amount is being used for. We are not even sure whether the taxes are actually being used.

Why is it that every time a kid asks for a comic book like Amar Chitra Katha, Tinkle or any book that he/she wishes to read, we need to buy, why can’t we borrow. Buying a collection of books can be a burden for some parents. If libraries existed in every neighbourhood, kids will be occupied and at the same time they learn something new that would improve their literacy skills.

If we see consumption pattern of a book or comic. Once we read it, we don’t use it again. Instead of each family buying the comic and only 2-3 people reading. The same can be read by 200-300 people if it is in library.

Taking an example, let us say a two bedroom flat has a plinth area of 1000 sft, the annual tax of that particular flat will be Rs 70,000 and 8% of the annual tax will go to library cess, the amount that goes to library cess is Rs 5,600 (annually). Here the amount calculated is only of one flat, if an apartment has 16 flats (5,600*16) then the library cess collected is Rs. 89,600. The amount is big, in a neighbourhood there are many apartments, independent houses, commercial establishments, and all of them pay taxes and 8% of their taxes goes to library cess. So, why can’t we have a decent library in every neighbourhood.

It’s high time Hyderabad city restores the library culture
India, particularly Hyderabad being a major destination for IT, ITES and knowledge process outsourcing, generating billions of rupees does not have proper public libraries. Libraries, one of the most important knowledge centres are maintained very poorly. Though there are some libraries maintained by trusts or educational institutions, which are still working and maintaining good book collection, most of the others are neglected. The GHMC corporators and government servants should act as quickly as possible and restore the library culture in the city.

Library shape a positive influence on younger generation and also are places for working professionals to update their attitudes, skills and knowledge.

← EPFO Raises Interest Rates for 2013-14
Movie, Movie Every Where, Not a Single Award for Tollywood →