A new Council of Ministers at the Union headed by Prime Minister Narendra Modi has been declared. However only three ministerial berths have been allotted: two at Cabinet level and one Minister of State. 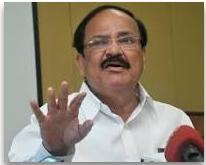 Though Venkaiah Naidu is a native Nellore, he has been elected to the Rajya Sabha from Karnataka. 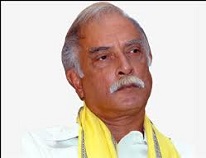 Ashok Gajapathi Raju (TDP), elected from Vizianagaram Loksabha constituency is a native of AP. He is to be Cabinet Minister for Civil Aviation.

In 2014, he has been elected as member of the 16th Loksabha from Vizianagaram, AP.

Raju is famous for having donated land for educational institutions in Vizianagaram, Visakhapatnam and Srikakulam districts.

Strictly speaking, these three Members of Parliament represent united AP, but only Pusapati Ashok Gajapathi Raju can be said to be a true native of united AP.

Nirmala Sitharaman (BJP) is to be Minister of State for Commerce and industry (independent charge), finance, corporate affairs.

Nirmala Sitharaman originally belongs to Tamil Nadu and is connected to Hyderabad, AP for long through her husband Parakala Prabhakar.