Republic day or “Ganatantra Diwas” in India signifies the adoption of Indian constitution on 26th January, 1950 to become a truly Sovereign, Democratic and Republic nation. The main attraction of Indian Republic day celebrations is the grand parade that takes place along Rajpath road, New Delhi from the Raisina Hill near the Rashtrapati Bhavan (President’s House) to the historic Red Fort passing through India Gate. The celebrations usually begin with the event of Indian Prime Minister commemorating Indian army soldiers for all their sacrifices to the nation by offering a wreath at the Amar Jawan Jyoti, near India Gate.

How the event is celebrated? 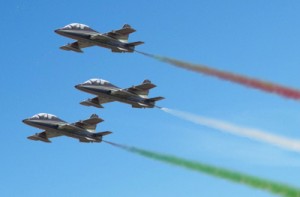 As the constitutional head and the Commander in Chief of Indian Armed forces, the president first unfurls the national flag and then accepts the national salute given by the military. Over years, there is a practice of inviting head of state or government of another country as chief guest and the decision is based on diplomatic, strategic, or international geo-politics. Before the commencement of march past by the regiments of Armed forces, important awards in the category of civilian, patriotic and bravery are given away by the president to the deserved individuals. There will be many programs focusing on the history and culture of India by the three armed forces and a massive parade will happen with different exhibits that reflect the might and capabilities of various sectors. On the third day i.e 29th of January, the celebrations come to an end with the spectacular performance of ‘Beating Retreat’ by the military bands which include Indian Army, Navy and the Air Force. One of the most enchanting christian song ‘Abide with me’ is played during this ceremony which is said to be Mahatma Gandhi’s favorite.

You may also like to read:
Flag Hoisting on Independence Day and Republic Day in India
Indian Flag – Do’s & Don’ts
Indian Republic Day Celebrations 2016
Indian Flag must be in Khadi of Cotton, Silk or Woolen material