We all know how important it is for everyone to enjoy freedom and lead an independent life without worrying about being a slave to some other person or community. The independence that we Indians are enjoying today is the result of hard struggle and sacrifices of many Indian freedom fighters before 1947. This day reminds us their struggle for the country and inspires every Indian to bring forth the same feeling of patriotism and oneness irrespective of age, religion, caste, creed or race. Every year India celebrates independence on August 15th signifying the nation’s freedom from the shackles of British rule. The beginning for the new era of free India started at midnight on August 14th, 1947 when India gained its liberty and declared as independent from the British colonialism that had been there for more than 200 years. 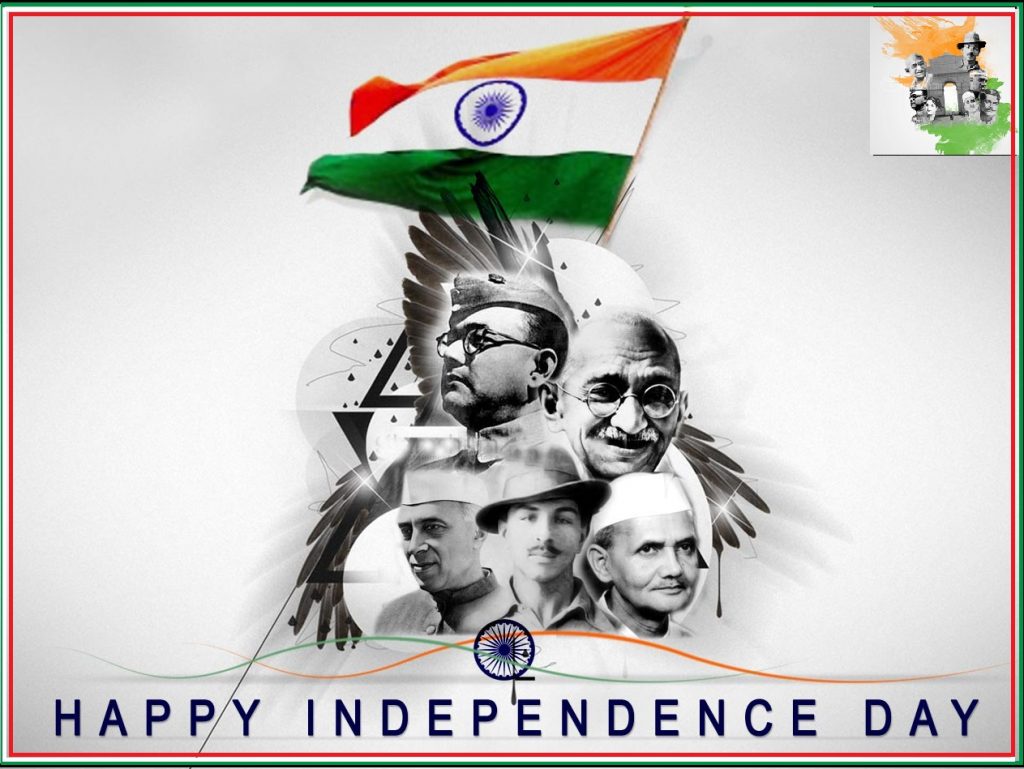 It’s a pride for every Indian to celebrate this day, as it signifies a tribute to all those people who had sacrificed their lives for us and our country. Ever since the independence struggle started in 1857, there were many revolts and sacrifices for decades and finally on 15th August, 1947 India got back its freedom emerging out as the largest democratic sovereign nation, with Jawarharlal Nehru as the first prime minister. If we look at the past independence history, it reveals the hardships and the struggle that the Indian fighters had to overcome to make our country liberate from the British rule. In this 70 years of long journey after independence, there were several ups & downs that the country had to face, but it withstood the test of time and emerged successfully despite many economic & political challenges.

Initially, Indian freedom struggle had some twists and turns before Gandhian era with many extremist leaders taking part in the national movement against British government, but things were completely different when Mahatma Gandhi took over the charge of leading freedom struggle. India set a trend with its peaceful policies of Satyagraha instead of violent protests under Gandhi’s leadership. The philosophies of Ahimsa, truth and non-violence became foundation for many series of national movements like non-co-operation movement, Salt Satyagraha and others, despite many of the Indians had to face violence and were sent to jail a number of times. The massacre at Jallianwala Bagh in Amritsar had taken toll of hundreds of unarmed civilian lives, including women and children, but none of the Indians followed the path of violence except by showing their non-cooperation through civil disobedience, Dandi march, Swadeshi movement (abandoning fancy clothes and wearing Khadi) etc. Every Indian became a part of this effort to fight for the common objective of attaining independence and their unified sacrifices & struggles eventually brought independence to India on 15th August 1947.

How the event is celebrated every year?

It is the day to enjoy freedom, breath the air of independence, with hope & faith in our hearts for future prosperity of our country, regard & respect for our freedom fighters who gave us peace & happiness and took nothing but humiliation and pain. Hence as a tribute to their struggles and sacrifices the day is observed as National holiday where everyone will be rejoicing with patriotic spirit and celebrating the flag hoisting ceremonies, parades and other cultural programs in their respective places. The Prime Minister of India will hoist the tri-colored National Flag on the ramparts of the Red Fort, in the capital city, New Delhi and then Prime minister’s & President’s speech will follow addressing the nation. The same kind of events take place in every state capital where head of the respective states, Chief Minister will unfurl the national flag, followed by many programs focusing on history & culture. It is an auspicious and joyous moment for all throughout the country, while every school, college, government & private organization will be celebrating this national festival in their own way. To signify the 70th independence day and make it as a people’s festival, this year the Indian Government has planned special events, like ‘Bharat Parv’ and ‘Tiranga Yatras’ in the national capital as well as across the whole country, for about ten days.

We would like to wish you all a ‘Happy Independence Day’!