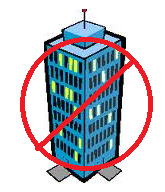 According to the new Andhra Pradesh Building Rules – 2012, the department of municipal administration and urban development has announced Skyscraper Zones in different circles of the Greater Hyderabad Municipal Corporation.

The identified skyscraper zones are as follows

1 comment for “Authorized and Prohibited Zones for Skyscrapers in Hyderabad”