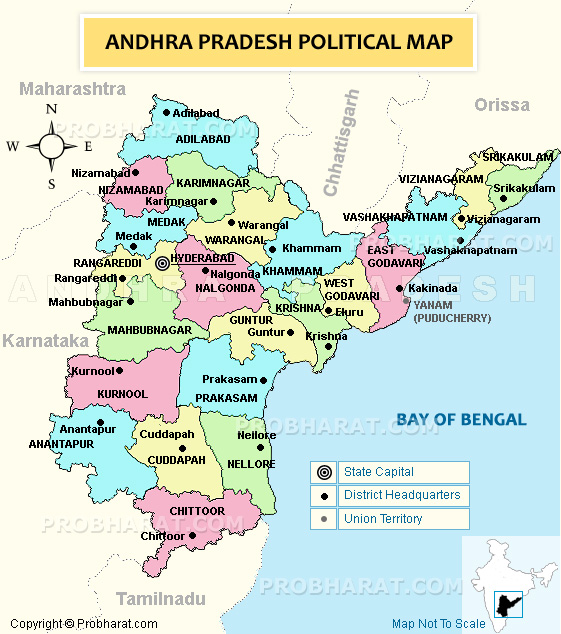 In 1956, Hyderabad was split along linguistic lines among Maharashtra, Karnataka and Andhra State. Aurangabad division (4 Marathi districts) merged with Maharashtra and Gulbarga division (4 Kannada districts) merged with Karnataka. The rest of the two divisions of the state – Gulshanabad or Medak and Nizamabad (9 Telugu speaking districts OR the Telangana) merged with eleven districts of Andhra State and formed the state of ‘Andhra Pradesh’ on November 1, 1956, with Neelam Sanjiva Reddy as the Chief Minister and C.M Trivedi as the Governor.

<< Back to Formation of Andhra Pradesh.