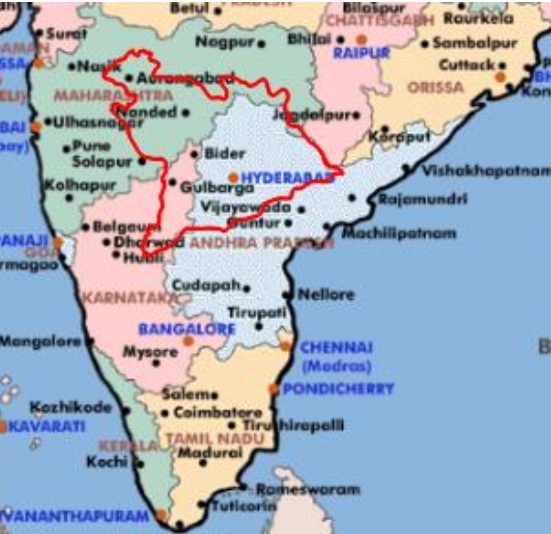 The area outlined in red color represents the Hyderabad state, super imposed over today’s India map. Covering an area of around 82,600 square miles (212,000 km²), Hyderabad state was not only the largest but also the most important native state of India, administered directly by the Governor General of India. Hyderabad state included Telangana, 4 Kannada districts in Gulberga division & 4 Marathi districts in Aurangabad division. It was liberated from Nizam rule in on 18 September, 1948 (for full details see Liberation of Hyderabad).

<< Back to Formation of Andhra Pradesh.