The Utraayan festival, Makara Sankranti, which falls on 14th January is the beginning of an auspicious phase in the Indian culture. It is also known as the ‘holy phase of transition’ because it signifies the end of Dhanurmas, the month which according to Hindu tradition, is considered inauspicious for performing social activities such as weddings. The transition of Sun from one zodiac sign into other is known as Sankranti and as the sun is entering into the 10 sign of the zodiac – Capricorn which is called as Makara in Sanskrit from Sagittarius, the occasion is thus titled as Makara Sankranti.

It is also said that the name has been derived from Sanskrit word Sankramana which means the “commencement of movement”. In Indian concept it is believed that from this time onwards the days are going to be more warmer and longer because India is located in the northern part of the earth and the sun is going to travel towards northern hemisphere – Uttar direction away from the south.
Spiritual significance: 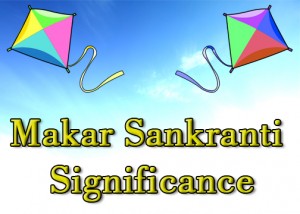 Makar Sankranti is one of the few Hindu festivals that falls on a fixed date i.e. 14 January whereas other festivals take into account of Lunar event and follow the tithi or nakshatra. For instance, every year Vijayadashami is celebrated on the 10th day of the Shukla paksha in the Indian month of Ashwina or the Onam festival falls on the day of Shravana nakshatra in the Shraavana month. But Makara Sankaranti is a solar event that refers to the sun’s transit (Sankramana) through the Makara (Capricorn) constellation in it’s celestial path. As the position of the constellation is constant, every year the sun passes through almost the same day except in leap years.

Will there be a change in the date?
Scientifically, with respect to Gregorian calender the date of Makar Sankranti remains almost same every year. Actually the festival is supposed to fall on the very next day of winter solstice which generally occurs between December 21 and 22nd. However, due to the precession of Earth’s axis called ‘Ayanamsa’ the date of winter solstice is coming earlier which is approximately 1 day in every 70 years. Because of this reason, over a large number of years we can say the festival may fall on later dates. According to calculations, a thousand years ago Makara sankranti was on 31 December, and in the year 2050 it is predicted to be on January 15th.

Despite all the facts and significances, we should remember that Makara Sankranti indicates the transition of moving away from the darkness of delusion in which we are living and beginning a new life of intellectual illumination.